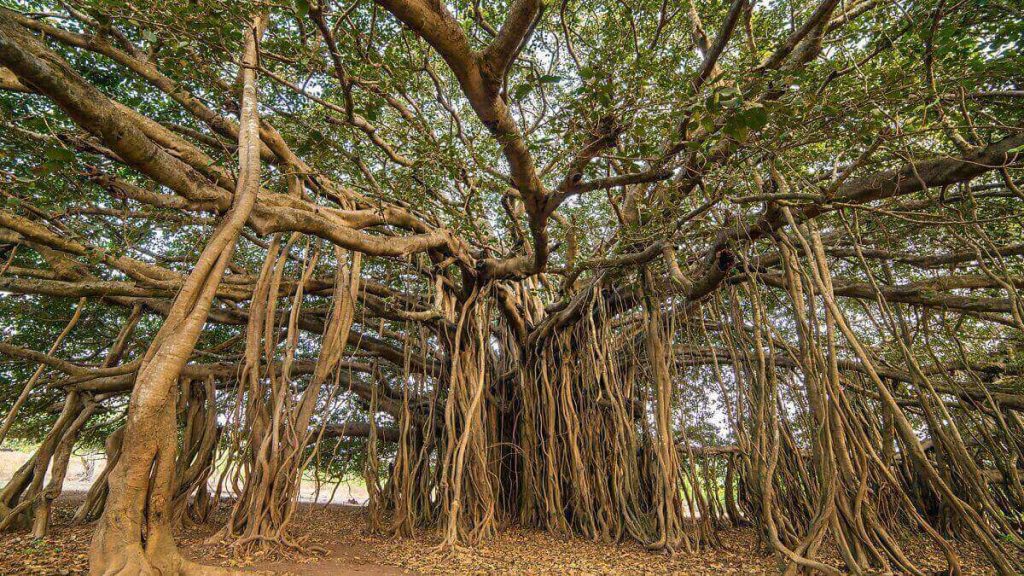 The largest Banyan in the world is a mythological tree from India. But although we say that it is a "tree", in reality it has an extension of 19,000 total square meters, really considered as a large forest.

Its official name is Thimmamma Marrimanu, a Banyan from the nature reserve in Kadiri, India. It holds the world record not only for the largest Banyan in the world, but as the largest tree specimen in the world. It has a total of 4300 aerial roots that extend as if it were a fantasy plant, in the form of ties.

Not only is it a special tree for its size, but they consider it as a national symbol for their country, considering it in the Hindu religion as a Sacred Being. Buddhists instead treat it as a tree with magical and healing powers, using its leaves and fruits with medicinal properties.

The Giant Banyan and Hindu Mythology

The Hindu religion affirms that in these trees of Baniano rests a divine triad. The God of Creation Brahma in his roots, Krishna in the trunk, and Shiva, god of death and rebirth in the leaves.

They use both the rest of the banyans and this one, the Thimmamma, as a literary form to represent the contradictions of nature, being a metaphor about the balance of life.